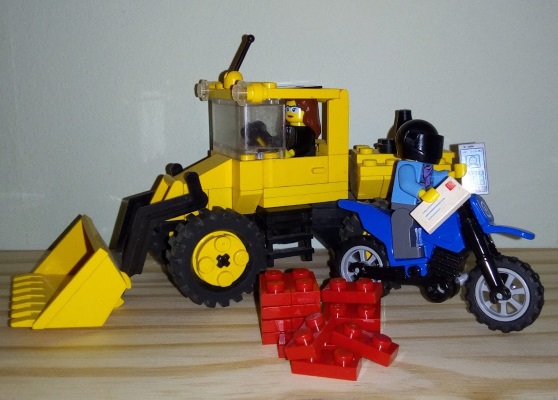 B’s mental health problems do tend to go up and down. Sometimes she can seem absolutely fine, and other times she seems completely lost in her mind. Times when it’s hard can vary massively, it would seem that “Time flies when you’re having fun” isn’t as straightforward a description as it might appear as from what I can see every hour seems to take a completely random amount of time!

For the last couple of months, we’ve generally been in the low part of this spectrum. This has intensified in the last few weeks. On Thursday B phoned me at work causing me to come home to help her and I’ve only been back in for an hour since. I have now been signed off of work for a fortnight as I have started struggling again with all that is going on.

The phone call on Thursday consisted of B saying that she wanted to end it all, and wanted to kill herself. This has been reiterated several times in the last few days when she drifts back into her head. This is because various aspects of what she has experienced over the past few years make her extremely scared.

B has the belief that Angels have been putting thoughts into her mind, and many of these things have been of a distressing nature. When she thinks about these thoughts she understandably gets upset and angry and will lash out. This lashing out can be her shouting that she is angry and throwing things around in the room she is in. However, more often it is her shouting and swearing at the source of these thoughts, which of course she believes are Angels.

Combined with the thoughts she has received this leads her to believe that she is indeed evil and will therefore be punished. This punishment can vary between several outcomes which will occur once she is dead.

Understandably, all this causes her great distress, which is why she then feels she doesn’t want to exist in a reality where things are controlled by entities which would be responsible for all the things she has experienced.

Sadly, the mental health team which are helping us haven’t been hugely helpful of late. We’ve had quite a few cancelled appointments with the psychiatrist and B just doesn’t gel well with her care coordinator. It would seem that “Because the Angels are not real, you’ve not really got anything to worry about”, however as far as B is concerned they are very real and so her distress and her actions are as real as they would be either way. If B isn’t happy to just take lots of medication and do CBT then they’re not really sure what to do. Our families offer lots of help both to B and to myself and X and without them things would be considerably harder. However, it can still be very lonely when I’m here trying to talk B though her distress and listening in case she is getting in distress again a while later.

We have long chats about the nature of the thoughts that have come into her head, and what their meanings could be if Angels really were responsible. I give her my thoughts on whether the things she’s heard could be real, or whether they have been concocted by her brain / illness. This chats can happen first thing in the morning, during the day, or even in the middle of the night if she wakes and is consumed by them in bed.

Generally, when B has calmed down between moments of distress it is hard for her to really do anything, she’ll often be exhausted and cannot concentrate on much. Part of her really wants to work on the blog/website she’s been creating or work on the online card shop CardsForTrees she’s been setting up that I mentioned recently. However, she just cannot muster the concentration to do so most of the time, or the belief in herself that she’s capable to creating something worthwhile.

However, on Thursday and Friday she was able to focus on something… Kirstie and Phil’s ‘Love it or List it’! This has given her something to laugh at, talk about and generally have an interest in… thank you Kirstie and Phil! This meant that instead of being at work on Thursday afternoon / Friday I was sat on the sofa snuggling with B watching Kirstie and Phil because that is what she needed.

If you’re not familiar with it, Kirstie and Phil’s ‘Love it or List it’ is a property programme from Channel 4. Yes, B and I love watching property programmes… although watching the people with too much money walk into a massive room that could fit our entire house and say “It’s a bit cramped.” or “I couldn’t live here, the walls are the wrong colour.” can make us seethe. Kirstie and Phil are two professional “property finders” who had a previous series called ‘Location, Location, Location’. ‘Love it or List it’ sees them work with a homeowner couple one of which wants to sell their home and move whereas the other feels they could do some work to improve their home. Phil shows them around properties to try and persuade them to move on, whereas Kirstie draws up plans and organises tradesmen to renovate the house, she’s got a bit of thing for knocking down walls! All of this takes place and Kirstie and Phil generally wind each other up and trade light insults, its great. Series 4 is currently showing on Wednesday nights but all the previous 3 series are available on their on-demand service and we’ve been working our way through that. This works for us as we can watch it when we got the mood, the time and the break from X. We did try and watch the last 5 minutes of an episode we’d had to stop when X got home the other evening… I swear it took us 35 minutes to watch that last 5 minutes. We got the TV roughly near the end of the show where we thought we had been (No, the “Resume” feature didn’t work for us), so had to watch the adverts shown when you start watching something. But we were a minute early, so watched that minute again, which then meant we had to watch the adverts that are shown between programmes. Then it restarted again and we watched another half a minute. Then the phone rang so I went into the other room to answer it. When I got back in B had switch the TV over so that X could play a game as they didn’t know how long i would be. So we had to go through the whole thing again, it was ridiculous… this was not helped by X saying “Done yet” every 30 or 40 seconds!

B’s also been working through the “Mug Cake” kit’s I got her for her birthday! If you’re not familiar with mug cakes… I suggest you look away now for the sake of your waist! Basically, you microwave some butter/spread in a mug, add a few table spoons of flour, some sugar and possibly cocoa power etc and then microwave for a minute, and it turns into a cake! No, really, it does. And sadly, this makes them very easy. As with everything, it would seem people have leapt on this and made is even easier, and now you can buy sachets which have all the dry ingredients mixed together all that is needed is the butter! They are very good, which actually makes them very bad indeed!

Note: About the digger in the picture at the top… not my own design, it’s actually from the 1st LEGO set I remember buying as a child! 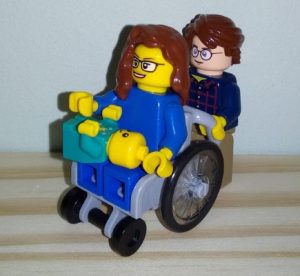 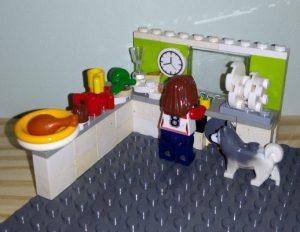 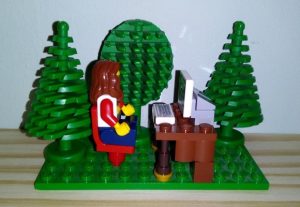