Now X’s speech is developing really fast we’re getting quite a few little one liners that I keep forgetting to write down. Here’s the best 10 that I can remember:

Randomly when talking to R the dog “If you don’t stop that I’ll smack your arse”. We’re hoping he doesn’t take to saying that one too often!

In reply to B asking what he was doing in the kitchen “Nothing Mum, I’m just standing here.” In the style of Kevin the Teenager!

When walking with us to a birthday party in June “Will Father Christmas be there?”

To random other children in a soft play as we left to go home late in the evening “Get off there, you need to go to bed!”

“That a good idea?” This follows him suggesting we follow a plan he’s laid out in detail regarding a trip out.

“You got it Dad/Mum?” Usually preceded by a torrent of words only about 10% of which either of us understood… to which we always reply “Yep”.

When R the dog wasn’t doing as she was told she got an “I’ll write that in my sad book”, which suggests he hears that quite a bit at school from his teacher.

“How many sleeps ’till Christmas?” He even said this on Boxing day… and says it several times per week at the moment. He’ll probably stop asking in December!

“My new bathroom in there?” He’s right in that we’re getting a builder in to sort out a new bathroom, but he said this when we received a small package in the post!

When he was arguing with B in the bathroom saying that he wasn’t being naughty, but that it was me and mummy being naughty he then said “Don’t blame the little people!”

I’ll try and do a better job of actually writing them down as he comes out with them! 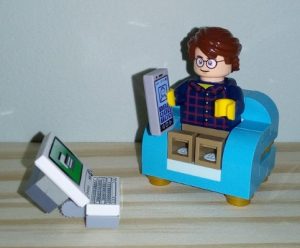