It would seem that yesterday I managed to reach 100 Facebook followers!

It’s really great that so many people want to hear all about our little household and what we’ve been up to. Thank you all for your support, I really do hope you get something out of reading.

We’ve had a varied run over the last 6 months. There have been patches where B has been really low and we’ve had to get the crisis team involved, but then we’ve had times where she’s been able to go to school events together with me and X and we’ve been out and about together! At the moment we’ve both just enjoyed X’s birthday, I’m getting back into the swing of things at work (I was off with stress and am coming to the end of phased return), and we’re both really hopeful for our future.

Sometimes I seem to have had buckets of time to write new posts, and at other times I’ve struggled to even start writing anything. I’ve got no idea what future blogs I’ll write, but I’m sure life will throw some things up as we go along.

I’ve listed the top posts from each month I’ve written from the blog below.

December – Living With Self Harm

February – Many Thanks to Kirstie and Phil! 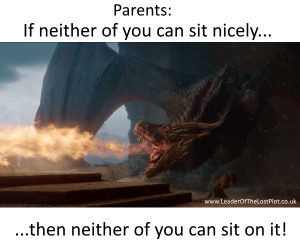